When Indiana Farm Bureau’s delegates gather in Danville, Indiana, later this month, it will be the culmination of many months of thought and work by INFB leadership, staff and members. 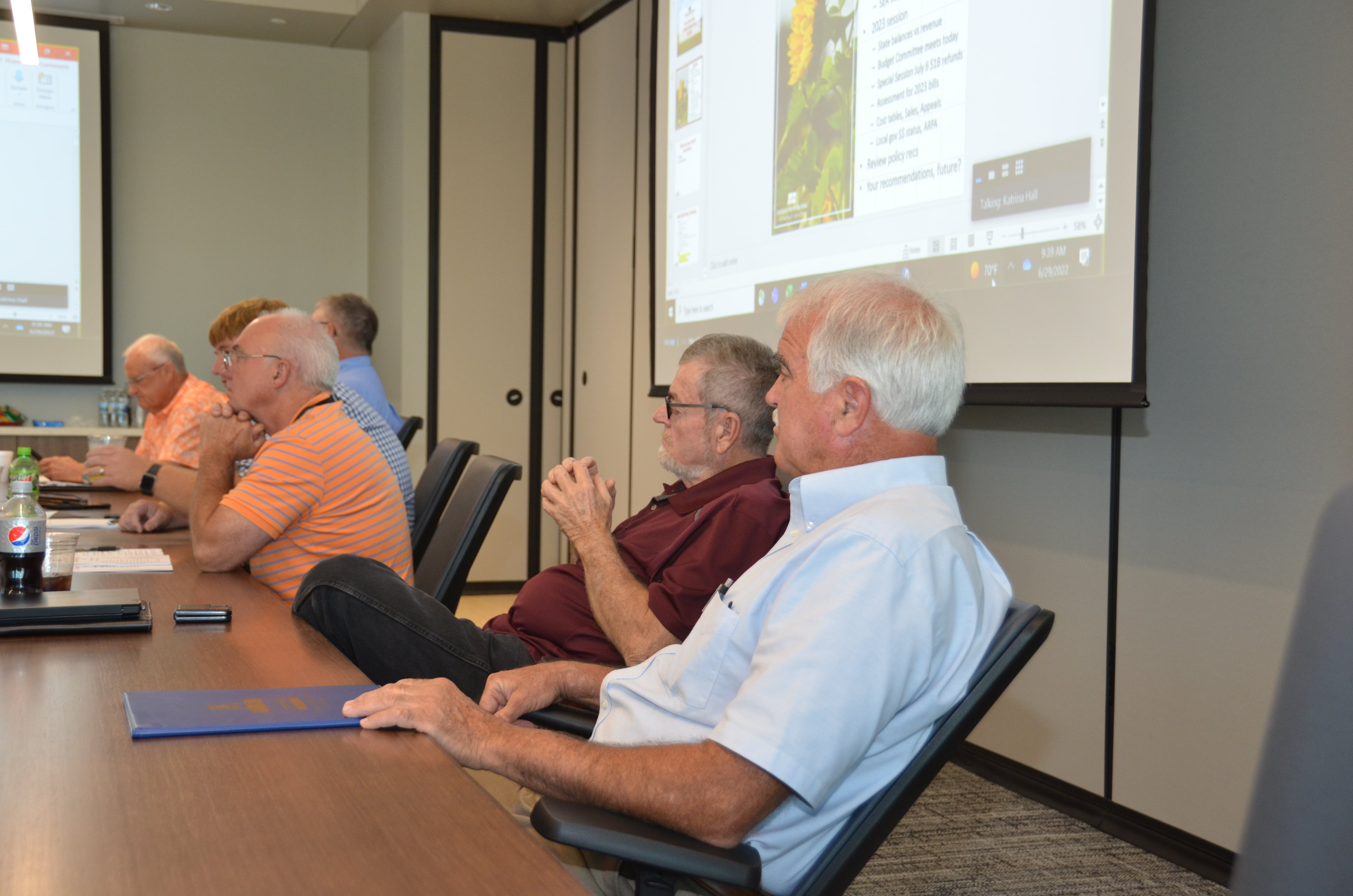 The policy recommendations the delegates will be considering started with the county Farm Bureaus, but recommendations were also made by the INFB policy advisory groups (PAGs), which met in late June, and the resolutions committee, which met Aug. 2 and 3.

During their deliberations, the PAGs considered 238 new or revised policy recommendations submitted by counties, said Andy Tauer, executive director of public policy. Those recommendations addressed both INFB and AFBF policy. A total of 668 policy reaffirmations also were received.

The PAGs aren’t new to INFB, but they have been newly reorganized and updated to ensure that they are aligned with the organization’s priorities, Tauer said. Each PAG focuses on a specific area of expertise or segment of agriculture: diversified agriculture, energy, environment and natural resources, land use and property rights, production agriculture, rural communities, tax and local government structure, transportation and infrastructure, and broadband. There is also a farm bill task force.

"Each committee consists of subject-matter experts,” Tauer said. “We had a great mix of members – some new, some experienced – and some very robust conversations. I was really pleased with the level of conversation that the members were having on policy and the issues in general.”

“This is the first time I’ve ever served on a PAG,” said Clark Beard, a member of the Clinton County Council who serves on the rural communities PAG. “I’ve known about them, but I’ve never been involved.

“I’m glad I went,” he added. “I think it’s essential that we sit down and talk through all these county suggestions and discuss them one at a time and make some sort of recommendation.”

“Everybody has their expertise and knowledge, which is nice,” noted Lis McDonnell, president of the Henry County Farm Bureau who also serves on the rural communities PAG. “It’s my first time, and I actually liked being involved in this process.”

“The main thing that I could see is that they have a very diverse group of members participating – geographically and by position,” said Connie Neininger of White County, who is a member of the energy PAG. “This is very helpful – it provides a perspective from all different areas.”

Ed Yanos of Henry County serves on the tax and government structure PAG. This is not his first time to serve on a PAG, and he said he has always found the process very beneficial.

“It’s always amazing that we’ll find two to three issues each year that make us wonder ‘Why didn’t we think of this before?’” he said. “It’s a fabulous opportunity to discuss issues with people across the state.”

“Taking the time to do this process right is probably one of the most critical elements of what we do to bring about change at the Statehouse or, through AFBF, the halls of Congress,” Tauer concluded.