The hogs and cattle our great-grandparents raised look very different from modern livestock.

But according to those who raise heritage livestock, there is value in preserving these traditional breeds. Some have particularly flavorful meat. Some tolerate heat or cold well. Some are exceptionally good at calving, lambing or kidding.

But they all are important historically, according to the Livestock Conservancy. And besides…they just look really cool. 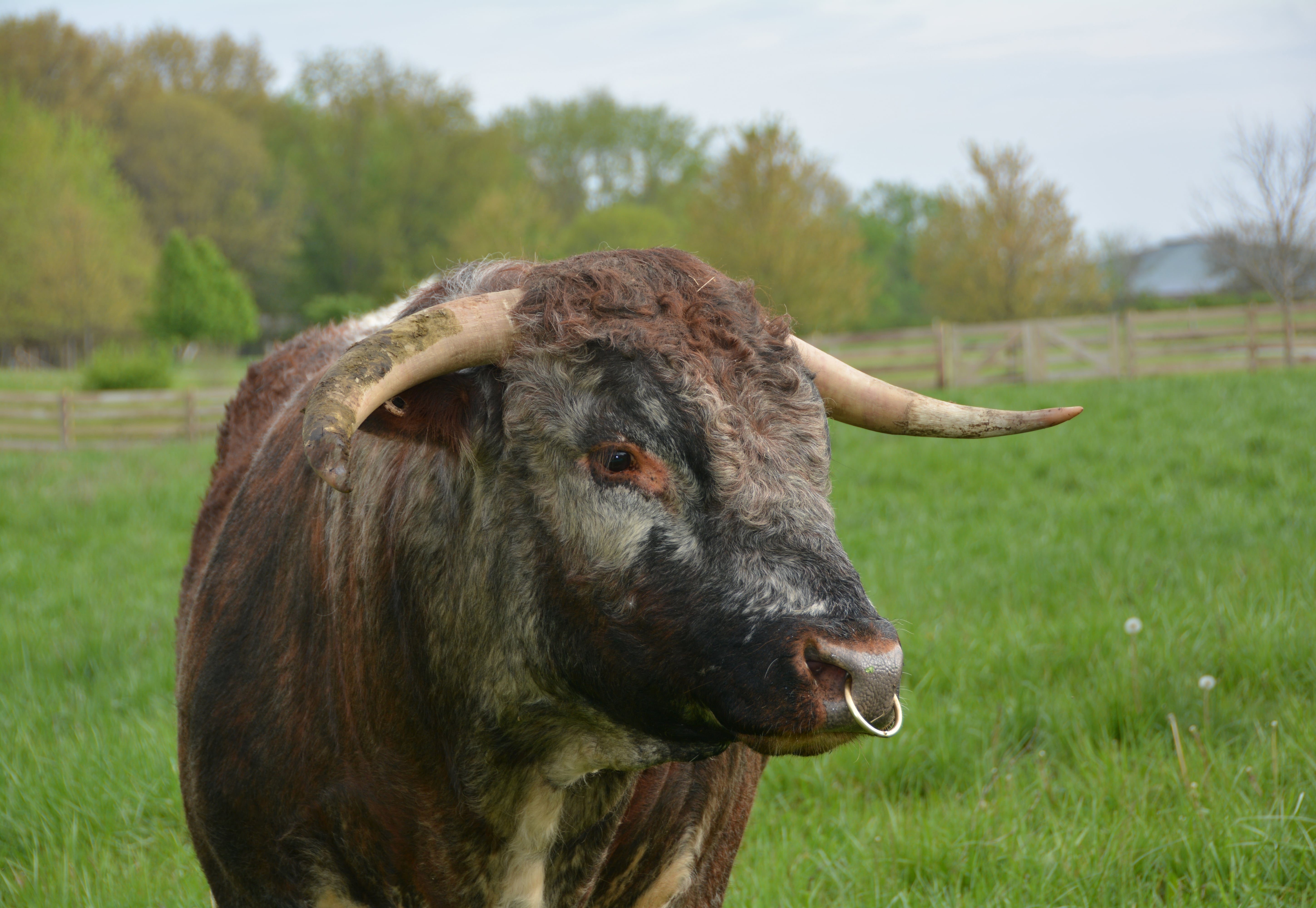 But there’s more to English Longhorns than their exotic horns and pleasant dispositions. They are not a fast-growing breed, Buchanan explained, but they thrive on an all-grass diet and their meat is very flavorful and tender.

An easy-going disposition also was what first attracted Alan and Amy McKamey to Large Black hogs, a breed native to southwestern England. The McKameys and their son, Morgan, own Heritage Meadows Farm in Hendricks County, which produces meat, eggs and breeding stock, as well as value-added goods such as herbs and soaps. In addition to Large Black hogs, they also raise Katahdin sheep, Pilgrim geese, and several heritage breeds of ducks and chickens. 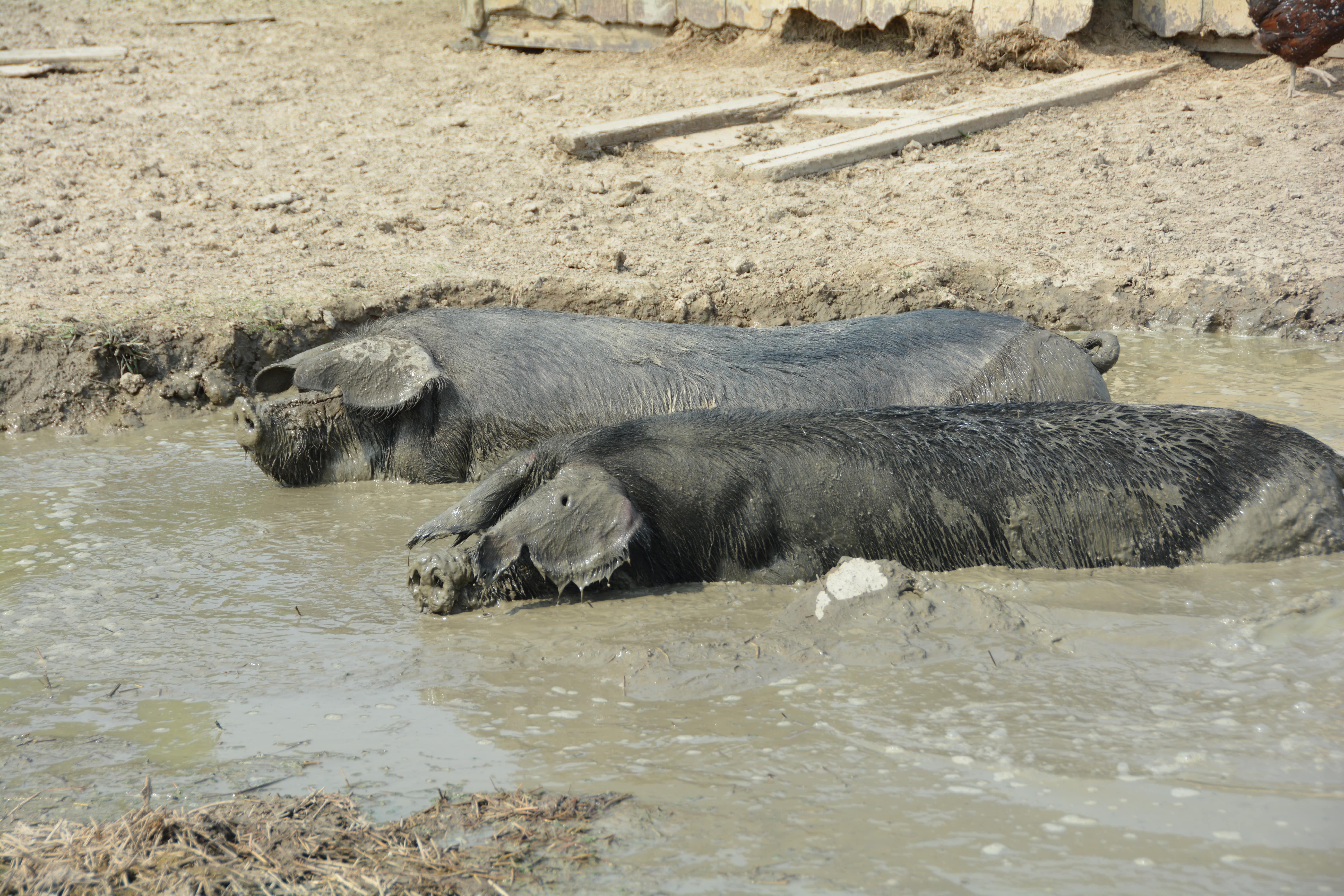 “We chose the Large Black breed because we didn’t have experience with pigs, but they’re a breed that is easy to handle and does well outside of confinement,” Amy said.

Alan and Amy are now co-presidents of the nationwide Large Black Hog Organization, whose mission is to promote, market and educate the public and livestock producers about the unique characteristics of the Large Black hog.

For Neal and Michele Reishus, the decision to use heritage breeds was partly philosophical and partly practical. Their farm, Healthy Homestead LLC in Howard County, was bought by Michele’s parents in 1991, and it operated for several years as a conventional dairy farm.

But Neal and Michele started to feel that something wasn’t right.

“We saw the cows being sick all the time,” Neal said. They started doing research, and their first step was to crossbreed their Holsteins with Devons, a sturdy and traditionally dual-purpose breed (that is, both dairy and beef) that originated in England.

But that was only the start of an evolution toward a more wholistic approach to farming, and to food in general. The Reishus’ goal is producing “nutrient-dense” food, which Neal defined as a diet in which people get everything they need from their food rather than from supplements or medications. 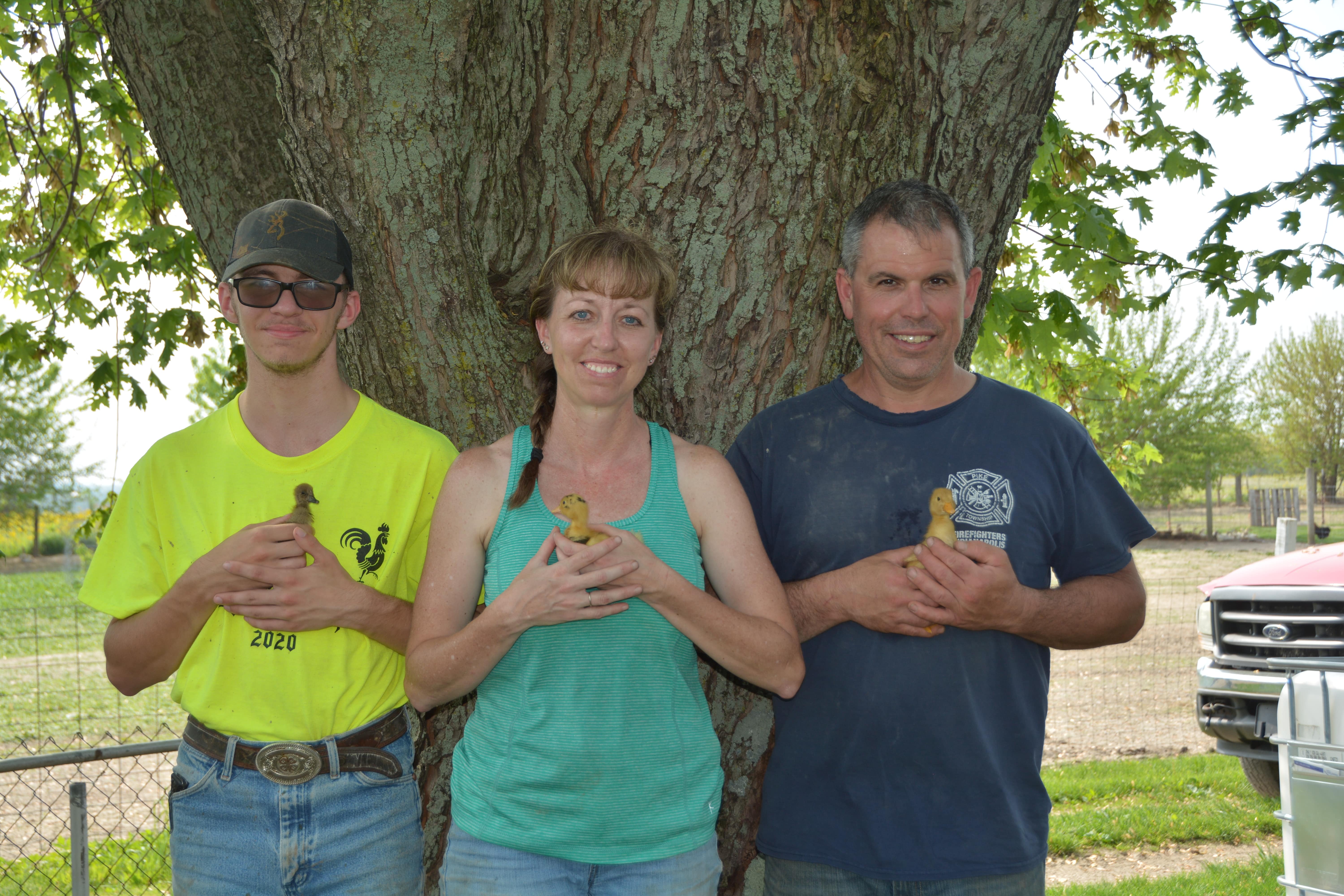 While the cattle and sheep are mostly crossbreds, their chickens are Rhode Island Reds and Delawares – two heritage breeds that seem to have no problem tolerating Indiana winters.

Compared to commercial hens, heritage breeds lay eggs less often. “But because you’re not putting that production stress on the animal, what they do produce is actually better for you,” Neal said. “They are able to concentrate nutrients in their own body, and then put that into the egg.”