Arnold Award honors farms that protect their own history

For Larry and Vickie Mitchell of Delaware County, looking at their farm is almost like looking through a family album. Here is a field where, depending on the season, generations of the family have sledded, hiked or flown kites. Over there is where one ancestor used to dredge up gravel from the creek and sell it for 25 cents per wagonload. Across the road is the house where Larry grew up. 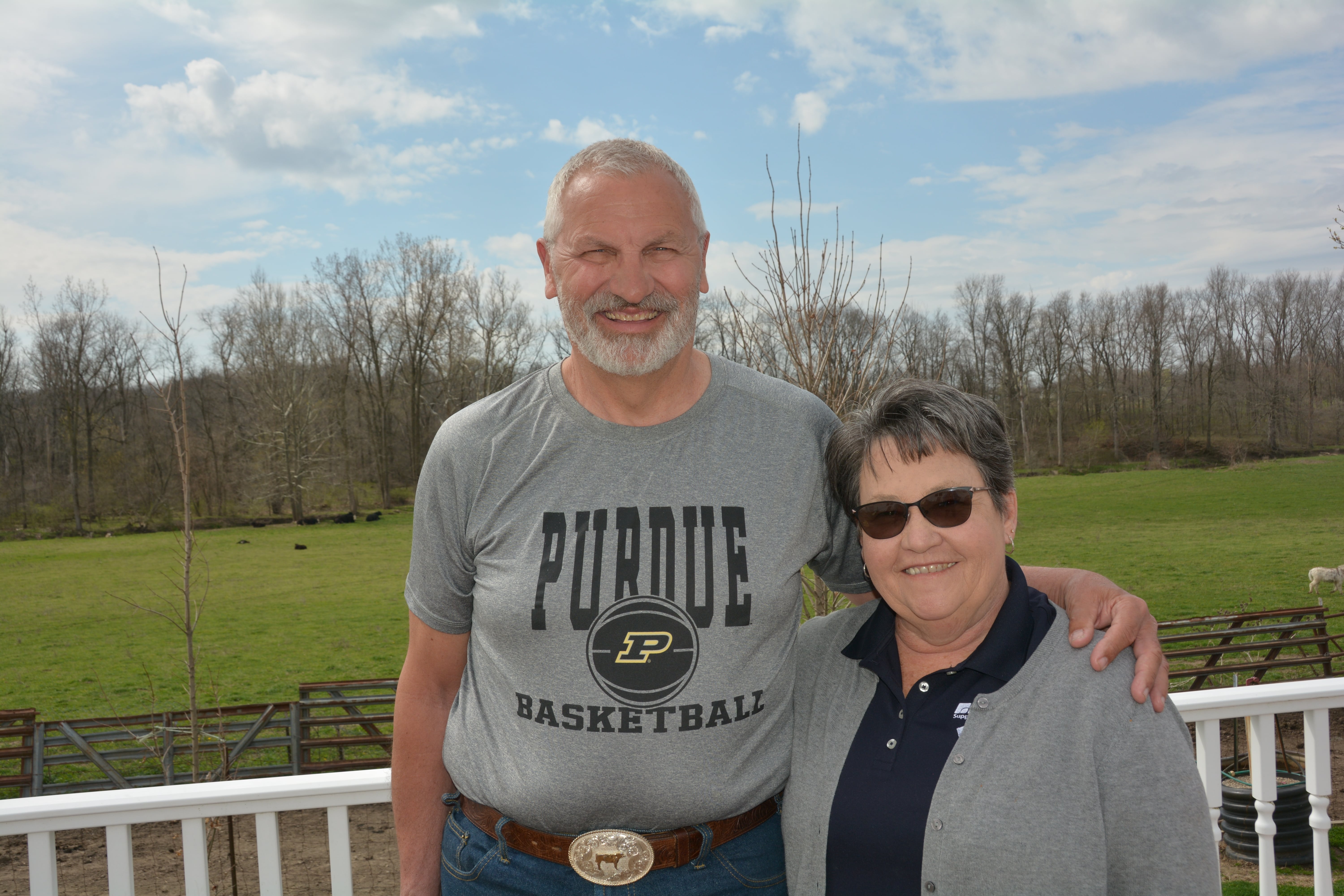 Saving this living album is one reason the Mitchells decided to apply for the John Arnold Award for Rural Preservation, which they won in 2000. For the Mitchells, historic preservation is a way of preserving their family history – and their family memories.

“My parents were the fifth generation here, Vickie and I are the sixth, our children are the seventh and our grandchildren are the eighth. If it wasn't for our family members who wanted to share this with new generations, we wouldn't be here,” Larry said.

"We have been blessed to be able to call this home,” he added.

The John Arnold Award is presented annually by Indiana Landmarks and Indiana Farm Bureau to recognize an active farming operation that preserves historic farming-related buildings while continuing to use those buildings. It’s named for John Arnold (1955-1991), a Rush County farmer who was dedicated to the concept of rural preservation.

When Arnold died in 1991, his mother Eleanor was chairing an Indiana Landmarks committee that was considering how to broaden the organization’s scope, which up until then had focused almost entirely on urban preservation – “on big, pretty houses,” Eleanor explained. The award was one step in that broadening process, she said. The committee then surprised Eleanor by meeting without her and voting to name the award after John.

A key component of the award is that it is presented to active farms only.

“We wanted this to be about progressive farming,” said Eleanor. “This has got to be a working farm.” The central idea the award is designed to foster, she added, is that “You can retain your historic buildings and still be a successful farmer.”

Mitchell Farms is located in a hilly area with very thin topsoil, so it’s planted all in grass and hay, and they raise cattle – along with a few donkeys, goats, rabbits and chickens. It was originally settled by Larry’s ancestor, Jacob Miller, in 1839, and the various buildings represent many different eras from the 1830s on up. Two different parcels have received the Hoosier Homestead Award, and one of the houses is on the National Register of Historic Places. 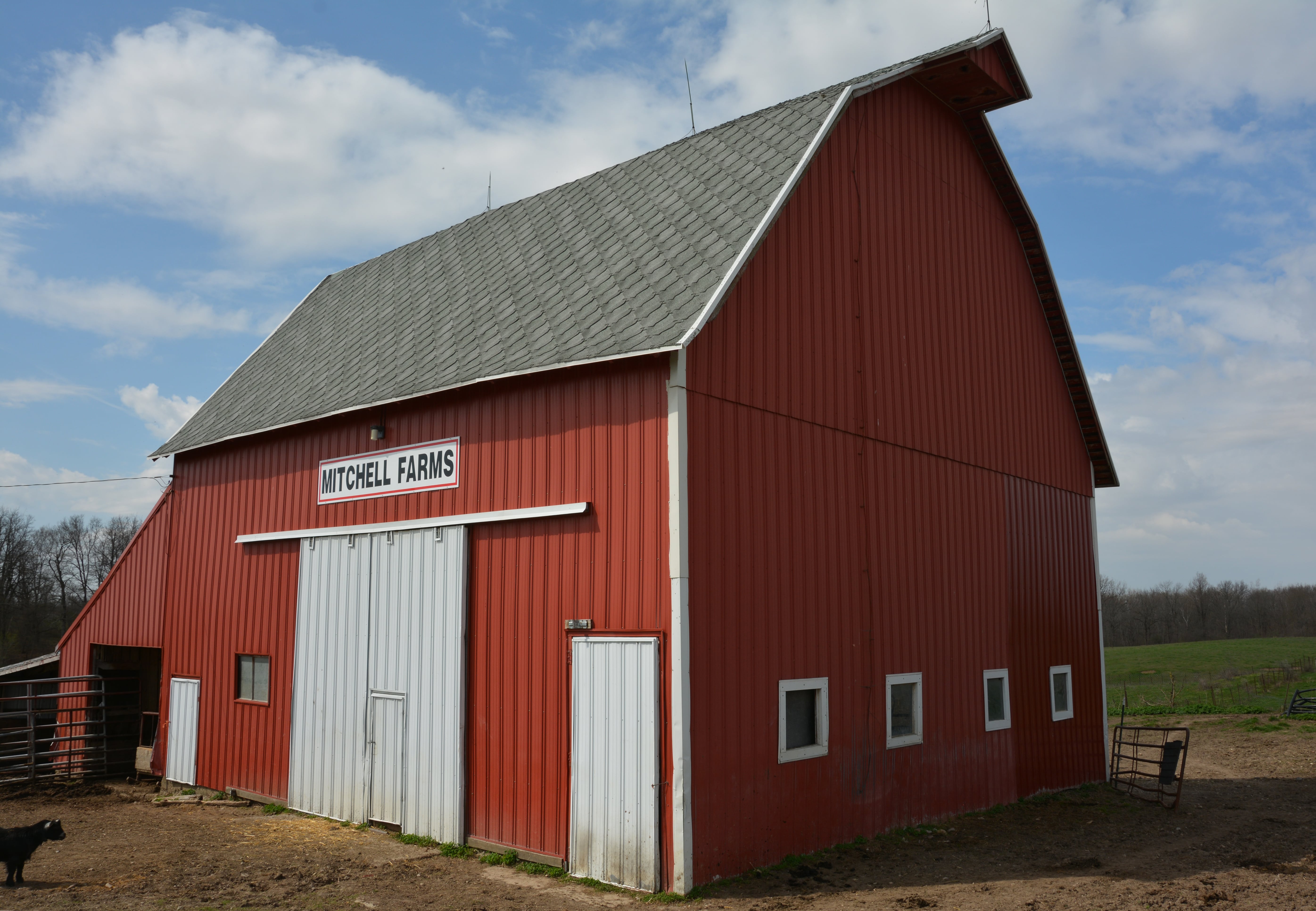 The Mitchells themselves live in a house built in 1860, and next to it is the farm’s centerpiece: a red, hip-roofed barn built in 1911 by Larry’s grandfather with timbers that came out of a much older barn.

“You can really see this in the workmanship of the barn – the rafters and the beams,” he said.

The passion for rural preservation extends to the Mitchells’ three children. At their children’s request, the couple has put the entire farm in a trust and arranged for the establishment of a special account to help with upkeep and taxes after their deaths.

Larry said that applying for the Arnold Award was a very rewarding process. "We didn't really have any expectations of winning, but we had fun putting together the portfolio just for our family,” he explained.

“So when they called and said that we had been selected, that was a very high point for the family,” he added.