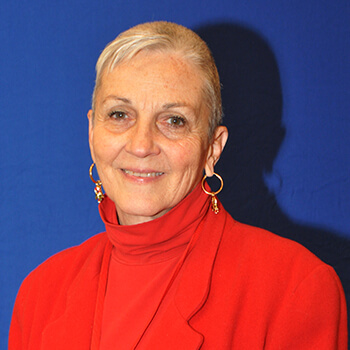 Most residents would say Sheridan, Indiana, is a nice place to live. This town of about 3,000 in northwestern Hamilton County has a quaint downtown, a lovely park, restaurants, businesses, schools, a library – in short, just about everything needed to create a pleasant, livable community.

And yet two years ago, the USDA would have defined nice, livable Sheridan as a “food desert” because its grocery store had closed and residents had to drive about 15 miles to find a store that carried fresh fruits and vegetables.

Fifteen miles might not sound that far to a lot of people, Del Greco said, but it’s a very long way for families with one car – or no car. 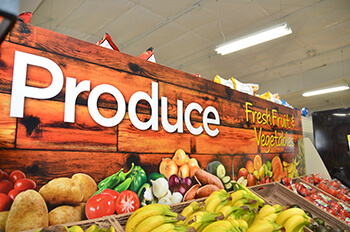 Like a lot of small towns, Sheridan may not have a supermarket, but it does have a Dollar General. When Del Greco heard in February 2017 that Dollar General Corp. was considering a pilot program to add fresh produce to some of its Indiana stores, she immediately thought of Sheridan and that 15-mile drive.

Getting buy-in from the Sheridan manager was easy, but Del Greco then had to convince Dollar General’s management. It took a few phone calls, but eventually she found out that while three Indiana stores were indeed scheduled to get produce sections, Sheridan wasn’t one of them.

In the end, Del Greco’s persistence and public support from Sheridan’s residents – she used the town Facebook page to encourage locals to let Dollar General know how much they would appreciate a produce section – got the Sheridan store its produce section.

The secret to this success “was the squeaky wheel,” said Austin.

The produce section opened July 6, 2017, and the demand was so great that the store sold out of fresh produce in a day and a half. Sales have continued to be strong, and in fact the produce section has driven a 30 percent overall increase in the store’s sales, Austin said. Del Greco added that Dollar General told her that in the first six months, the store sold 125,000 pounds of produce.

“I may have helped get it to the store, but it’s the community that’s really making it work,” Del Greco said.

It could be that other Indiana communities might benefit from this effort, too.

“It has generated enough buzz that my coworkers (other Purdue community wellness coordinators) are saying ‘How can we do it?’” Del Greco said. ”I think it’s made a difference to the community.”