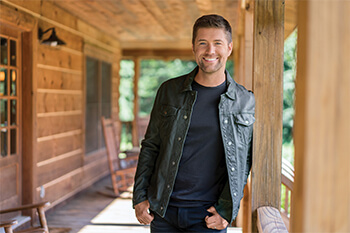 Each year, Indiana Farm Bureau members look forward to state convention, but this year, excitement is at an all-time high. With 2019 marking INFB’s 100th anniversary and its 100th convention, it’s sure to be a milestone event.

The 2019 convention will be held at French Lick Springs Hotel from Thursday, Dec. 12, to Saturday, Dec. 14. To properly celebrate the anniversary, INFB is arranging several special events and activities for members who attend.

This year, INFB welcomes country music recording artist Josh Turner, who will perform for registered guests on Thursday evening in the Exposition Hall. From his 2003 platinum-selling debut Long Black Train to his 2017 Billboard No. 1 release Deep South, Turner has scored multiple Grammy, Country Music Award and Academy of Country Music Award nominations and received six Inspirational Country Music Awards.  Turner most recently released a gospel album called I Serve a Savior. Most notably, he is one of the youngest members ever inducted into the Grand Ole Opry.  Turner will play an acoustic show for INFB, which is included free of charge to registered convention attendees.

The anniversary festivities will continue into Friday with a 100th anniversary dinner at the West Baden Springs Hotel.  Friday’s dinner event will feature a live musical performance of popular songs from the last 100 years, a large birthday cake, the creation of a 50-year time capsule and much more.

Throughout the convention, attendees will be able to view mementos from INFB’s past in the Farm Bureau Museum, a memorabilia room. And to commemorate this milestone event for future generations, INFB has arranged for a photo opportunity for all attendees, which will result in a mosaic-style display.

While convention attendees will be doing plenty of looking to the past for inspiration, it’s also important to look to the future. To aid in doing so, INFB will be hosting an Innovation Showcase at convention this year, which will feature innovative agricultural and business ideas and cutting edge industry leaders. INFB is hoping attendees leave the showcase full of ideas for improving or expanding their businesses in the future.

Registration for the 2019 convention opens in September. Be on the lookout for more information in the coming months.