100 years and counting: past presidents Pearson and Villwock and current president Kron look back on their Farm Bureau experiences 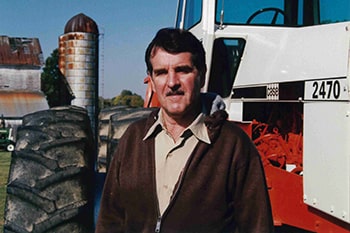 What was your introduction to Farm Bureau? When and how did you become active in the organization?

HP: I remember attending a few township Farm Bureau meetings during the late 1940s. As I recall, my dad was township vice chairman. My next exposure was as a Farm Bureau insurance agent in Blackford County in 1960. Farm Bureau Co-op, Farm Bureau Insurance and Farm Bureau Inc. were all housed in the same building. My office was between the truck scales and the machinery parts counter.

My full-time involvement with Farm Bureau Inc. began in 1968 as a member of the field staff (now called “regional managers”).

DV: In the summer of 1979, I was asked by Charlie Dow, our Farm Bureau fieldman, if Joyce and I would like to serve on the State Young Farmer Committee. We were Farm Bureau members but were surprised to be asked since we had not been involved other than to attend the Knox County Farm Bureau’s annual strawberry festival. That ask changed our lives forever.

RK: Mom and Dad would go to Farm Bureau meetings, and I would go, eat the meal, and then we’d do Pet and Hobby (a children’s activity that was part of Farm Bureau meetings for many years). My mom was Social and Educational leader for our township. But I didn’t really know what Farm Bureau was or the real purpose.

About a year after Joyce and I got married, our county president wanted us to serve on the Vanderburgh County board as young farmer representatives. He asked multiple times before we said “yes,” but I’m thankful he didn’t give up. When you’re asking someone to volunteer, don’t give up on the first “no.”

Then we were asked to serve on the State Young Farmer Committee. That really opened my eyes to Farm Bureau and what we can accomplish. The trips to D.C. and the Statehouse during those two years showed me that working through and with Farm Bureau, you can make a difference and have influence. 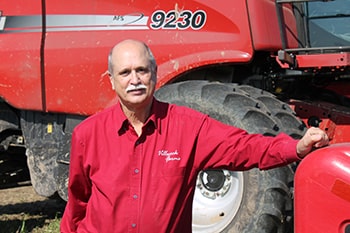 What are you most proud of from your term as INFB president?

DV: That during my 14-year tenure, I never forgot that for farmers to be sustainable, they must be profitable. We worked extremely hard to bring everyone and every organization involved to the table. We listened to their concerns and then worked together to find win-win solutions.

RK: Our members and the way they’ve ramped up their advocacy in the last few years. That has really made a difference at the Statehouse. I have legislators tell me all the time that having Farm Bureau members at the Statehouse every day, telling their story and being respectful is so important. There’s no doubt it’s made a huge difference, because when there’s 1% of us that farm, it takes members who are engaged to keep us influential.

HP: Having a staff, board of directors and county leadership that worked very well together. Everyone needs to be surrounded by very talented and capable people to be successful. I was blessed to have an excellent staff that was dedicated and worked hard for our membership. In addition, we had wonderful, supportive Farm Bureau leadership from across the state. They made my job enjoyable – and made me look good.

Of all your experiences as president, which was the most unusual or the most fun?

RK: One was going out and meeting all the county presidents in my first year. It helped me understand from their perspective what they were doing, and I got to meet a lot of great people and got to know them better. That helps me understand what their perspective is. And I want them to know me so they know they can call on me and have a conversation. I can’t fix it if I don’t know about it.

HP: It’s hard to narrow it down, but my office received a call in the mid-1990s from Joyce Taylor Gilkinson, whose father, Lewis B. Taylor, had been Farm Bureau president in the 1930s. She remembered riding with her parents from Warrick County to Chicago to attend American Farm Bureau meetings – a long drive up US 41 in a Model T Touring Sedan. At the end of the conversation, she said, “I think I still have Farm Bureau policy #1 – would you like to have it?” Needless to say, I was excited, and she mailed it a few days later.

DV: Many would think getting to meet political dignitaries or travelling to foreign countries on trade missions would be the highlight. But for me, getting out in the counties and meeting with members on their farms, learning about their operations and helping them solve some of their challenges was the most rewarding and fun part of being president. I would add that having dinner in Cuba with Fidel Castro was the most unusual. 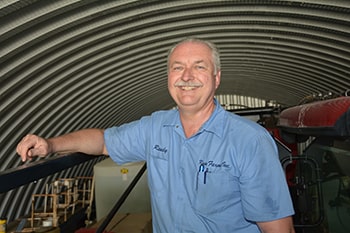 When you compare Farm Bureau as it was when you first got involved to today’s Farm Bureau, what’s different? What’s stayed the same?

HP: Fifty to sixty years ago, the majority of Farm Bureau activity still occurred at the township level. Townships had a full slate of officers and monthly meetings, and policy development started in the township. The county board was made up of township representatives. Today, almost all that activity is at the county level.

Getting young farmers involved was just getting a good start 50 years ago. The success of that program is very visible today in our leadership and has been expanded in many ways.

DV: Most of the issues when I started were nationally focused: the farm bill, highly erodible land determinations, expanding trade, labor issues and death taxes. Our goals were to get INFB members to write or call their representatives and senators in Washington, D.C., and tell their story.

Today the issues are more state and local. Property taxes, rural/urban conflicts about zoning, and livestock siting issues are but a few that members have to deal with. Most revolve around agriculture’s interface with neighbors and consumers who have little or no direct connection to farmers or a farm.

But the solution, then and now, is for farmers to tell their stories. No one cares more for the land, air, water and animals than America’s farmers. We spend our whole lives doing just that. INFB members must engage and tell their story if we are to keep the unwritten license we have with society to produce the food, feed, fiber and fuel for the world.

RK: If you go back to when we first got involved, the farms themselves are a lot different. We used to have diversified farms – we grew some crops and some livestock. Now we’re specialized. Being a general farm organization, it’s tough to bring all interests together. But I also think that makes it more critical because there are so few of us in agriculture that if we don’t work out our differences among ourselves, we can’t accomplish what we need to.

What’s stayed the same is the members and the passion that they have for agriculture.