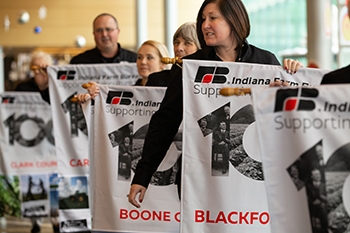 The election took place on the convention’s final day.

“As we kick off our 100 years celebration, I think it’s important that we look forward and figure out how we lay those foundational blocks so that 100 years from now, we’re still as relevant as we are here today,” said Kron, who was first elected president in 2015.

Many individuals and county Farm Bureaus were recognized at the convention, held Dec. 6-8 in Fort Wayne.

Marissa Mikel of Marion County won the INFB Young Farmer Discussion Meet and will now advance to the national contest, to be held later this month at the American Farm Bureau convention in New Orleans.

Also honored were the 29 counties that reached gold status and the 20 that reached platinum status in the County Recognition Program. 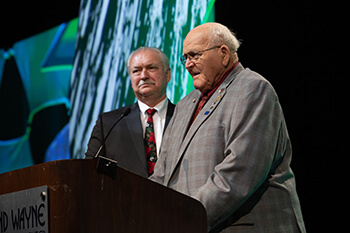 Star award (presented to counties that go above and beyond and meet requirements in member engagement, retention and growth): Benton and Newton counties. 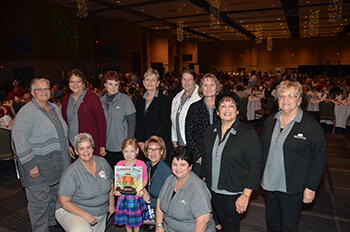 For the third year in a row, the book of the year was announced at the state convention. The 2019 INFB Book of the Year is Compost Stew: An A to Z Recipe for the Earth, written by Mary McKenna Siddals and illustrated by Ashley Wolff. The Book of the Year selection is a part of INFB’s Agriculture in the Classroom program.