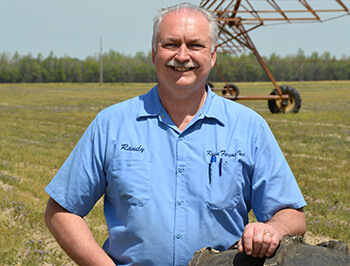 To understand the scope of the problems facing the farm economy, all I have to do is look at what’s happened to my prices. In 2012, I had $8 corn, but as I write this, I’m looking at $3.60 corn.

The goal on our farm this year is to break even, and I’d bet many of you are in a similar situation.

Based on my own observations as well as discussions with some of the bankers I know, it’s apparent that cash flow has become a big issue for many farmers. It seems as though that problem is likely to continue for a while, partly because of trade issues and partly for the simple reason that we grew a lot of corn and soybeans last year and probably will this year too. This will keep commodity prices low, somewhere around or below the break-even point. After all, we’ve gotten really good at growing corn and soybeans!

Since 2014, the American farmer’s income has fallen 52 percent, according to American Farm Bureau. Grain stocks are an important factor in the farm income situation. But an additional factor is big shifts in the commodity markets as a result of the trade and tariff situation. The EU’s tariffs went into effect in June, Canada’s on July 1 and Mexico's full retaliation on July 5. Then, China’s retaliatory tariffs, in response to U.S. tariffs for intellectual property concerns, went into effect July 6.

Livestock prices also are experiencing pressure. Dairy product prices have fallen by more than 10 percent over the last month, and lean hog and live cattle futures have lost 8 to 10 percent of their value since the beginning of the year, AFBF says.

I take comfort from the fact that some of the farmers I’ve talked to are cautiously optimistic, and there’s also some good news regarding the renewable fuels standard and the ethanol market. This year, several of Indiana’s 14 ethanol plants are celebrating 10-year anniversaries.

In addition, lower grain prices mean that hard-hit livestock farmers are paying less for feed. Even grain farmers had some limited opportunities to make money this year if they took advantage of the markets. We need to keep an eye on the markets and stay alert for other opportunities as well.

Indiana Farm Bureau hasn’t been idle. I’ve personally spoken with other state Farm Bureau presidents about what’s going on in their states, and with your help, we’ve communicated extensively with our Indiana congressional delegation. During a lobbying trip to Washington, D.C., last month, our volunteer leaders even met with Vice President Mike Pence’s chief economist. And we’re also talking with the governor, the lieutenant governor and the Indiana State Department of Agriculture.

We also are hopeful after the passage of farm bills in both the U.S. House and Senate, and we’re working to ensure that the compromise conference report will help protect the safety net that farmers so badly need.

But the other thing that helps keep me positive is the knowledge that farmers are a resilient group. Agriculture is a series of highs and lows, and while we’re now in one of the lows, we’ve survived hard times before, and we will again.

I remain optimistic about the future of agriculture.