Growers should now be receiving claim information for Syngenta lawsuit 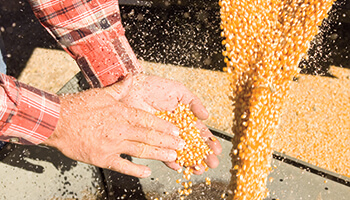 Now that the court has preliminarily approved a settlement agreement in the Syngenta class action corn litigation, farmers should soon start receiving information regarding eligibility requirements and how to file a claim.

John Shoup, director of the Indiana Agricultural Law Foundation, said notices to growers are scheduled to go out starting May 11. Corn growers and eligible landlords will need to file a claim by Oct. 12, he added.

In addition, the corn litigation settlement website has now been updated to accept claim submissions.

The United States District Court for the District of Kansas issued the preliminary order on April 10. The lawsuit stems from a 2010 decision by Syngenta to sell a strain of insect-resistant GMO corn seed varieties called Agrisure Viptera and Agrisure Duracade in the United States before obtaining import approval from China. Parties to the litigation announced a preliminary settlement in September.

Under the agreement, according to a news release from the lead attorneys, Syngenta would contribute $1.51 billion to a settlement fund that would be allocated among farmers and other eligible parties and to cover the costs of administering the settlement. All corn growers, grain handling facilities and ethanol plants across the country, as defined in the settlement, are covered by this settlement, including any U.S. farmers who opted out of previous Syngenta litigation.