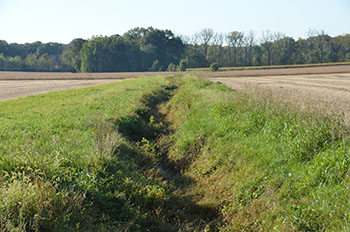 The American Farm Bureau Federation, the Texas Farm Bureau and other members of a coalition of industry and agriculture organizations have asked a federal district court in Texas to issue a nationwide stay blocking the 2015 “Waters of the U.S.” rule from taking effect.

The coalition’s request follows the U.S. Supreme Court’s recent decision that the U.S. Court of Appeals lacked jurisdiction over legal challenges to the 2015 rule. The result of this decision was the imminent lifting of a court order that has blocked the rule since October 2015.

AFBF’s filing also follows the Feb. 6 publication of the U.S. Environmental Protection Agency and the Army Corps of Engineers’ “applicability date” rule, which delays application of the 2015 WOTUS rule for two years while the agencies consider its possible repeal or revision. According to AFBF, a handful of states and environmental organizations are eager to have the 2015 rule go into effect and have already challenged the applicability date rule. They have vowed to seek immediate court orders allowing the 2015 rule to go into effect, AFBF added.

“Every move by the agencies triggers new lawsuits to resurrect this hopelessly vague and dangerous rule,” said Ellen Steen, AFBF general counsel. “If those lawsuits bring the 2015 rule into effect, even for short periods of time, dry ditches, drains and low spots on farm fields will be ‘dry land’ one day and a ‘water’ the next.”

AFBF filed the request for a preliminary injunction to avoid widespread uncertainty and legal risk for farmers and ranchers while the agencies move forward with possible permanent changes. Farm Bureau made its request in the U.S. District Court for the District of Texas, the same court in which AFBF filed its original legal challenge to the 2015 rule.

“It is important for farmers and landowners to remember that the 2015 rule is still in place,” noted Justin Schneider, Indiana Farm Bureau’s state government relations director. “A nationwide stay of the existing rule and a better rule moving through the rulemaking process are necessities.”