Livestock regulations could be up for reconsideration 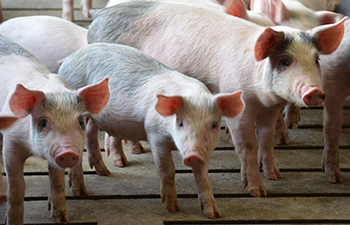 Protecting livestock farmers and their operations is one of Indiana Farm Bureau’s legislative priorities for 2018, and part of the reason for that emphasis is the General Assembly’s 2017 session.

2017 was expected to be fairly quiet regarding livestock regulations. No major statewide issues were pending, and the only significant livestock-related bill on Indiana Farm Bureau’s radar was HB 1494, a routine measure that made only minor tweaks to existing law.

Passage should have been easy, noted Justin Schneider, INFB director of state government relations, but that’s not how it worked out.

“HB 1494 got caught up in general opposition to large livestock farms, and the hearings bogged down with stories about past violations and bad practices by a few farmers,” Schneider said. As a result, not only did HB 1494 fail to pass the Senate, but the General Assembly formed a study committee to consider the way livestock operations are regulated in the state.

The interim Committee on Agriculture & Natural Resources met three times over the summer and fall and heard testimony on the proximity to and interaction of concentrated animal feeding operations (CAFOs) and confined animal feeding operations (CFOs) with suburban and urban areas, as well as issues relating to the transformation of traditional farms to large livestock farms, and the need for special regulations.

Among those who testified was Schneider, who noted INFB’s support for the current regulatory system managed by the Indiana Department of Environmental Management. He also stressed the importance of maintaining existing authorities for local control, and noted the importance of counties reviewing their zoning ordinances before construction of a livestock barn is proposed.

The 2017 session is also one of the reasons why INFB has so strongly encouraged livestock farmers to invite state legislators to visit. As of the deadline for this special insert, 50 members of the Indiana House and Senate have visited large livestock farms since the end of session.

“Nothing is as powerful as a firsthand experience on a farm,” Schneider added. “Hopefully, legislators now realize that the drastic changes are not warranted.”