Expanding broadband to all of rural Indiana ‘must happen’

In 2017, children and grandchildren of Indiana Farm Bureau members have to complete their online homework in the local McDonald’s parking lot – because that is the only place they can access reliable internet service.

Benton County Farm Bureau President Lana Wallpe echoed similar concerns last fall, saying, “We have horrible internet connection in Fowler. Businesses are packing up and leaving the county seat. Economic development is stifled because companies and institutions of higher education do not want to move to or stay in a place that has no reliable internet. Without those opportunities, our population will never increase.” 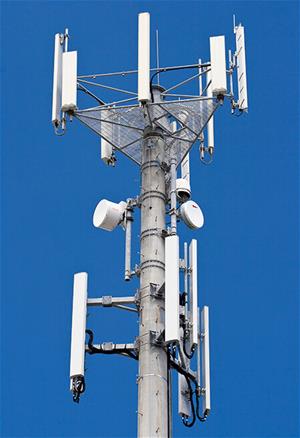 Frustrating stories like those underscore rural Indiana’s need for the expansion of broadband “to the last mile,” an important item on INFB’s list of 2017 state legislative priorities.

The need for rural broadband expansion today is no less urgent than the need for rural electrification in the 1930s. In 1935, the effort to provide affordable electricity to America’s farmers began as an independent federal bureau, which was created by executive order of President Franklin Delano Roosevelt and then authorized by Congress one year later. By the end of the decade, rural electrification efforts had been absorbed under the auspices of the USDA.

As a result of those efforts, Indiana has 39 Rural Electric Membership Corporations (REMCs), some that cover multiple counties. A few REMCs have started providing broadband, and others are logical partners of an effort to extend broadband into rural counties.

“I live at the bottom of a valley, surrounded by trees. My only service option is a Verizon data plan, which is not economical.”

He added, “My business relies heavily on the internet; everything I do is online. I am looking for a more economical solution, but my current situation is very financially draining.”

Orange County does not have county-wide internet access, nor does it have any consistent options. Fortunately for Fleenor, Maintstream Fiber Networks installed fiber in adjacent Washington County, and Fleenor’s home is close enough to the Washington County line that he was able to contract a five-year business package with Mainstream, who agreed to extend its service an extra 1,000 feet.

While Mainstream and other similar providers’ services will benefit some in rural Indiana, there is still much more work to do.

Mainstream is not the only private business working on rural broadband.  MetroNet has worked with 24 Indiana communities to lay fiber optic cables to homes.  The company was started with a $120 million grant from USDA Rural Development. They have lived up to their mission, but even they do not go to the last mile, which is so important to Farm Bureau members.

Discussions about achieving broadband to the last mile prompt some questions about what the proper expansion mechanism(s) need to be. Some of those questions involve:

Although the need for rural broadband expansion is expressly clear, there is still indifference on the part of certain stakeholders because of a lack of revenue potential. INFB is working with government officials and other interested parties to address their concerns.

“We are not giving up, nor are we backing off,” said Katrina Hall, INFB’s director of public policy. “Rural broadband expansion must happen, and we will keep working until it does.”

Available online is a site that will let you see the differences in broadband coverage across Indiana. By manipulating the site’s controls, you can see an approximation of the disparities in upload and download capacity between rural and non-rural parts of the state.