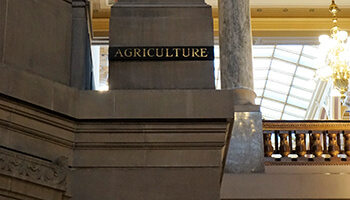 Seventeen of the candidates endorsed in the primary by Indiana Farm Bureau’s AgELECT and ELECT political action committees won their races.

In total, endorsements were made in 17 primary election races, and endorsed candidates were successful in all but two of these.

PAC endorsements are made through a multi-step process, starting with recommendations from Farm Bureau members who live in the district. AgELECT and ELECT trustees will have the opportunity to endorse candidates in the general election this fall.

Below is a list of AgELECT and ELECT-endorsed candidates who won their primary:

With the primary election complete, it’s time to focus on getting candidates who support agriculture and the future of Indiana’s rural communities elected in the general election. On Nov. 8, elections will take place for 25 Indiana Senate seats, 100 Indiana House seats, nine U.S. House seats and one U.S. Senate seat. Members could be involved in all those races through AgELECT/ELECT except the U.S. Senate race because INFB policy is to stay out of statewide races.

Katrina Hall, INFB’s director of public policy, urged members to learn about candidates and asked them to pass their initial impressions of those candidates on to local Farm Bureau leadership. Hall said this will help the local leadership understand the ideas and wishes of the grassroots members.